Most Anticipated Book Releases of 2018

Since I can’t stop thinking about and cyber stalking these books and authors I thought I’d do a post about the handful of 2018 book releases that I have been most excited for.  I’ll give a goodreads description if it’s a stand alone or start of series to avoid some spoiler-y things if you aren’t caught up on a series. 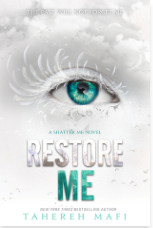 Okay this one has already come out obviously, but I was so excited about it’s release and the decision of the author to continue with this series after it’s original end that I just had to include it on the list.  If you’re caught up or want more on what I thought about it you can check out my review here.

I was on the fence about including this one since I literally just decided to continue reading the A Court of Thorns and Roses series and completed them this week.  But I am SO happy I did decide to keep going and am so excited it’s just in time for this new book to come out.  It’ll be a shorter, bridge story before the author continues with, I think, 3 more novels in the ACOTAR world.  I don’t know if anyone has any more information about what to expect for the other upcoming novels or even when to expect them but if you have information I want it!! Will be doing a review soon about this series so far. (Also let me know if there are any other series from this list that I should keep reading!)

Miryem is the daughter and granddaughter of moneylenders… but her father isn’t a very good one. Free to lend and reluctant to collect, he has loaned out most of his wife’s dowry and left the family on the edge of poverty–until Miryem steps in. Hardening her heart against her fellow villagers’ pleas, she sets out to collect what is owed–and finds herself more than up to the task. When her grandfather loans her a pouch of silver pennies, she brings it back full of gold.

But having the reputation of being able to change silver to gold can be more trouble than it’s worth–especially when her fate becomes tangled with the cold creatures that haunt the wood, and whose king has learned of her reputation and wants to exploit it for reasons Miryem cannot understand.

I read Novik’s other stand alone Uprooted that is in the same genre and with a very similar cover.  Honestly based on the cover alone I thought it might be part of a series but from what I can tell it’s just a follow up similar type of book. This seems like it has maybe got some Rumplestiltskin type of retelling to it and I’m honestly so excited.  I read a review somewhere that said Uprooted was like a cozy blanket or something (idk I couldn’t find the source) and I totally agreed and can’t wait to put back under the spell of Novik’s writing.  I’ve been SUPER jealous of all the people I’ve seen with ARCs of this book.

This is expected to be the final installment of the Kate Daniels series. It’s a pretty sweet urban fantasy, with slow building romance, in a world where technology and magic are off and on, and there are magic users, shifters, and probably one of the most bizarre takes on “vampires” I’ve ever read.

I have been putting off my review on the Lux series but I read it last month for the first time and omgomgomg fell in love.  Seriously obsessive worthy series.  And this is going to be the start of a new spinoff series and I cannnnnnnnnot freaking wait.  Honestly another lucky for me that I started Lux basically on the heals of this new one coming out. I’m not including the goodreads description because honestly go read the Lux series first and then fangirl real hard and then go look this up.  Sadly no cover revealed yet but there are some ARCs floating around with this temp cover.

Master vampire Ian is unrepentant, shameless…and every shade of wicked. He’s made one too many enemies in his two centuries of existence, including Dagon, a demon who now lays claim to his soul. Ian’s only chance to escape Dagon is to join forces with a Law Guardian, but he’s never been able to abide by the rules for long.

Veritas’ normal role is police, judge and jury to reprobates like Ian. But she has her own ax to grind with Dagon, so if she can use Ian as bait…well, all’s fair in law and war. As they scour supernatural hotspots to perfect their trap, Veritas soon realizes Ian’s devil-may-care, roguish image hides something much more powerful. And Ian discovers that Veritas has shocking secrets of her own. As they’re drawn to each other with a passion as intense as their peril, either love or justice will prevail. But each will have devastating consequences…

THIISSSSSSS. So Frost’s Night Huntress series is my freaking favorite you guys. sossososososo good. The characters are great, the sex scenes are just…HOT, and the action, adventure, intrigue is so fun and exciting. I binge read this series and every spinoff printed in this world in two months. Needless to say I am dying to get back into it and I love Ian’s character, he’s just such a .. bad boy, honestly that I just know this book is going to be so dirty and fun and I can’t wait to see past the mask he shows to the rest of the world.

12/4 – Queen of Air and Darkness by Cassandra Clare (The Dark Artifices #3) – in the Shadowhunters world! 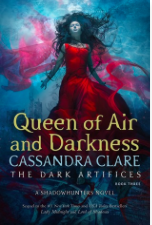 Are you excited for any of these book releases? What other 2018 book releases are you dying to get your hands on?