This is a stand alone, new adult contemporary romance with friends to enemies to lovers trope and is available on kindle unlimited. 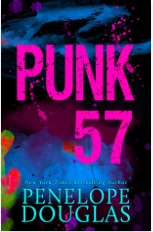 “We were perfect together. Until we met.”

I can’t help but smile at the words in her letter. She misses me.
In fifth grade, my teacher set us up with pen pals from a different school. Thinking I was a girl, with a name like Misha, the other teacher paired me up with her student, Ryen. My teacher, believing Ryen was a boy like me, agreed.
It didn’t take long for us to figure out the mistake. And in no time at all, we were arguing about everything. The best take-out pizza. Android vs. iPhone. Whether or not Eminem is the greatest rapper ever…
And that was the start. For the next seven years, it was us.
Her letters are always on black paper with silver writing. Sometimes there’s one a week or three in a day, but I need them. She’s the only one who keeps me on track, talks me down, and accepts everything I am.
We only had three rules. No social media, no phone numbers, no pictures. We had a good thing going. Why ruin it?
Until I run across a photo of a girl online. Name’s Ryen, loves Gallo’s pizza, and worships her iPhone. What are the chances?
F*ck it. I need to meet her.
I just don’t expect to hate what I find.

He hasn’t written in three months. Something’s wrong. Did he die? Get arrested? Knowing Misha, neither would be a stretch.
Without him around, I’m going crazy. I need to know someone is listening. It’s my own fault. I should’ve gotten his number or picture or something.
He could be gone forever.
Or right under my nose, and I wouldn’t even know it.

So it would be fair to say this story completely surprised me. In that I expected to like it, I started off reading it thinking that I might end up hating it, and then I actually ended up liking it way more than I originally expected to!

Initially I did not like Mischa’s POV.  I felt like he was annoyingly protective of his sister and his thoughts about her were patronizing for someone only a year older than her – but I think I might have just been reading into his tone wrong.  Like he says/thinks something at some point about her being a “good kid” and I thought it was patronizing but then I realized it was probably meant more like a stereotype like my sister’s the “good kid” but I’m the bad kid kinda thing.

This story is not for everyone and definitely didn’t have the same tone or rom com vibe as other romances I’ve read. It was a little more edgy and uncomfortable? The characters weren’t very likable for a lot of the story, except when you read their letters to each other. At first I thought maybe it was flawed writing that I was enjoying their letters to each other more than their actual POV or how they acted towards each other but then I realized that this was purposeful writing.  In the end liked that the characters were flawed not the writing and that they weren’t the typical perfect likable characters. The letters actually let you see into their more likable and redeemable qualities and who they wanted to be.

The sex scenes in this one actually really did it for me and though I could see how it might turn some others off, I thought they were fire.  The enemies/hate/anger was definitely sensed in the sex scenes but again it worked for me. Their relationship and sexual interactions are certainly far from the epitome of a healthy relationship and what to aspire to but that’s why I liked it, because a lot of it felt really raw and dirty and f**ked up and not cookie cutter at all. The consent was on shaky ground a few times as well with her “no’s” apparently meaning “yes” but it didn’t bother me. Also there really is a lot of explicit sex and its often in public places. And there’s a hot leader singer with a lip ring and tattoos. So, yeah.

As I am now tending to move away from young adult and into new adult and adult romances I start to feel this way more and more but I really think I would have liked this story more if it was written about older characters, even just college age.  Some elements of the character’s behaviors or personality feel a little stretched when it’s applied to a high school senior (18+ yrs old but still), it was just hard to reconcile their age with some of it and feel it’s legitimacy though that might just be me showing my age. But I especially thought this with how young and sexually inexperienced they were but were still having super crazy intense and satisfying sex (not that I didn’t love reading it). But the story does focus on some elements of bullying and needing to feel accepted so I do sort of get why the author chose the high school setting.

With regards to the plot – there were twists guys! And honestly I feel like I’m a pretty critical reader who picks most things up if the author is writing purposefully but I really did not see these things coming and I loved that it caught me off guard like that despite recognizing the clues in hindsight. And despite this book being heavily saturated with sex scenes it has sustenance.

This has a HEA and I’m glad I read it and would definitely reread!

Update: I initially gave this 4 stars but since reading it I’ve already gone back like 2 or 3 times to reread my favorite parts and I want to tell everyone about this book, which are both signs that this is actually a 5 stars for me so I had to come back and update 🙂